TRICKS - Do more with your DOG!!

EXPERT TRICK DOG TITLE 29th DECEMBER 2022
( Do More with your dog USA)
This dog is amazing!! 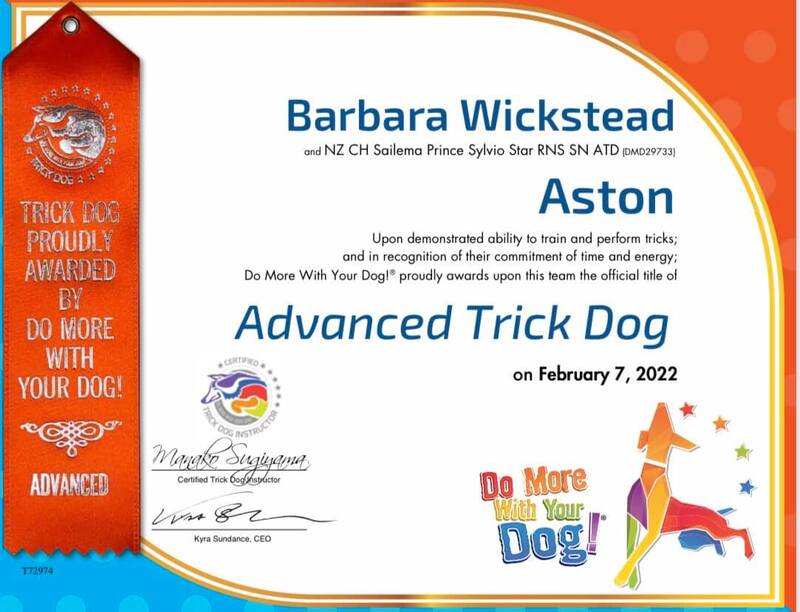 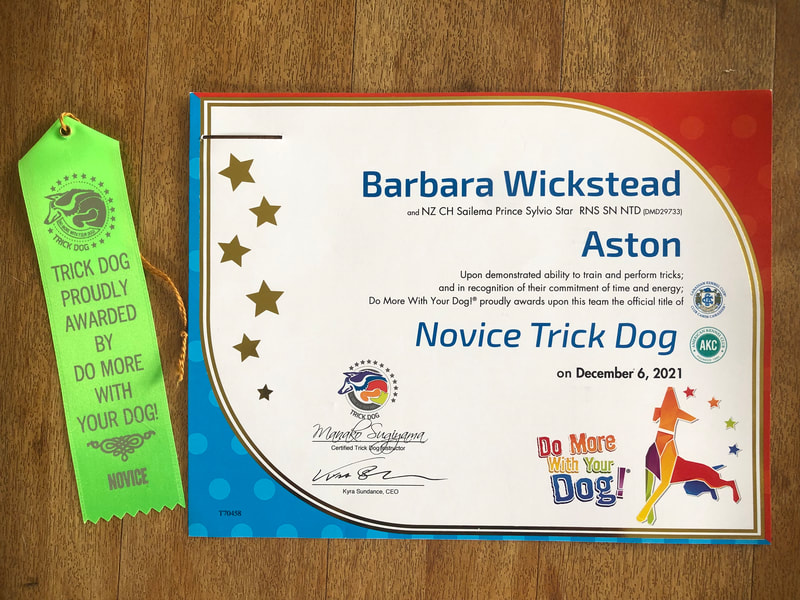 WHICH TITLE WILL YOU EARN?
With over 80,000 titles awarded in over 60 countries , Do More With Your Dog! is the largest trick and fitness titling organization in the world. Quick Overview of Titles
There is a long history of horses and dogs being judged and recognized on structure and performance. Initially, purebred dogs competed in conformation contests with the ones possessing the very best body structure being awarded titles such as a Champion title. Titles expanded to become awarded for performance sports such as hunting, and then later  for sports such as agility, obedience, herding, flying disc, dancing, tricks, and more.

What is a Title?
Titles are displayed as suffixes appended to your dog’s formal name. For example, a dog may have the formal name of “Winner Winner Chicken Dinner” and the call name “Winnie”. When the dog achieves his Novice Trick Dog title, the suffix of NTD is appended to his formal name. Champion titles appear as a prefix to his name. A dog may rack up a whole series of prefixes and suffixes on his name.


Below are descriptions of the different titles you can achieve, and helpful links to get you started. (Most people start with the Novice Trick Dog title.)

Get your First Title!

GET YOUR DOG REGISTERED
We are Worldwide; Purebred, Mixed Breed (and other species!)With over 80,000 titles awarded in over 60 countries , Do More With Your Dog! is the largest trick, fitness, and stunt dog titling organization in the world. Along with their first DMWYD title, your dog will be given his official International Certificate of Registration. Titles are recognized by kennel clubs worldwide.